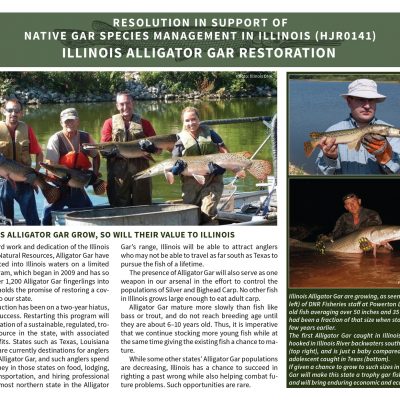 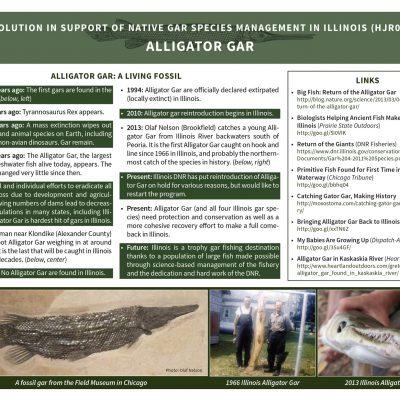 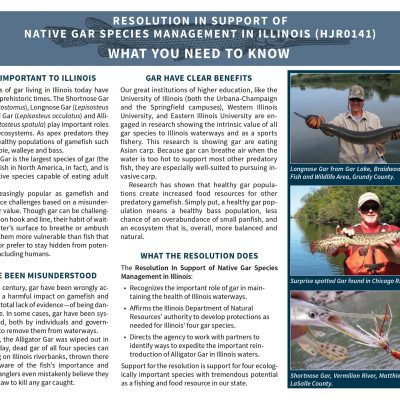 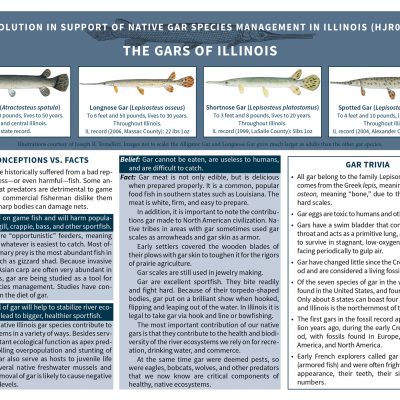 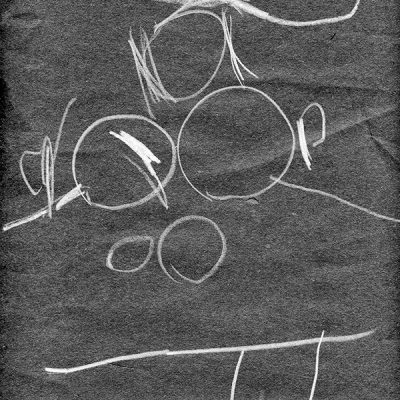 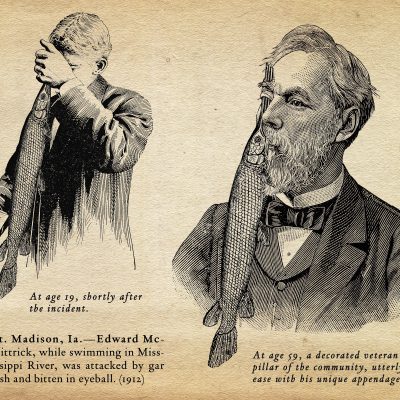 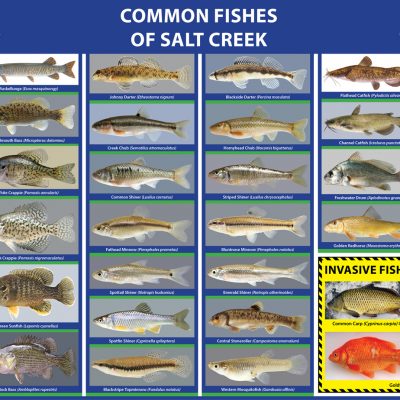 In 2016 I was involved in the writing and promotion of a pro-gar resolution that passed unanimously in both the Illinois House and Senate. As part of the lobbying process, I wrote and designed a pair of information sheets that we could give senators and representatives who were unfamiliar with the fish in general and the issues in particular. Famed fish artist Joe Tomelleri generously allowed me to use his gar images. A blog post I wrote on the subject: http://moxostoma.com/illinois-gar-management-resolution/

The Fishes of Salt Creek poster was created for display at a Meet the Creek event in the town where I live. For decades it had a reputation of being polluted and devoid of life. As pollution sources have been eliminated and restoration has progressed, however, it has rebounded impressively. Local residents are stunned to see just how many species now call the creek home. The poster is displayed next to several aquariums filled with fish of numerous species, all collected in the creek the day before the event.

Greta drew the Book Monster for me in 2008. She was 3. Its arms come out of its eyes and its legs come out of its mouth. Its nostrils are pretty much normal, if not symmetrical. It’s wearing a hat on its head, and its eyes are actually below its head, which is featureless except for hair.

I made the illustration of the man with the gar in his face after finding a 1912 newspaper account of a young man “attacked by gar” in the Mississippi River. Read about it, and him, at http://moxostoma.com/gar-peril-iowa-1912/ Some people believed it to be real, so I added a disclaimer.

The animation of the man/men doing exercises with what look like bowling pins comes from illustrations in an 1866 book on archive.org: The Indian club exercise: With explanatory figures and positions (etc.). I would have made an animation of the “Exercises for Ladies,” but the ladies only get a couple.