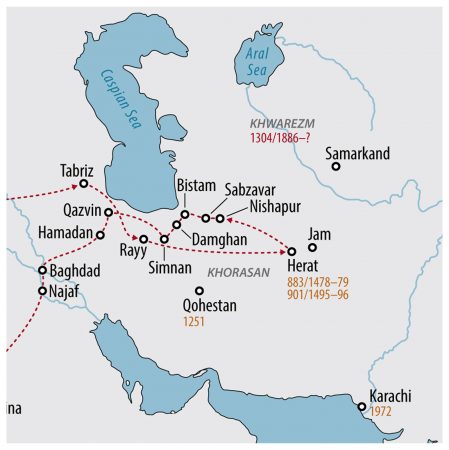 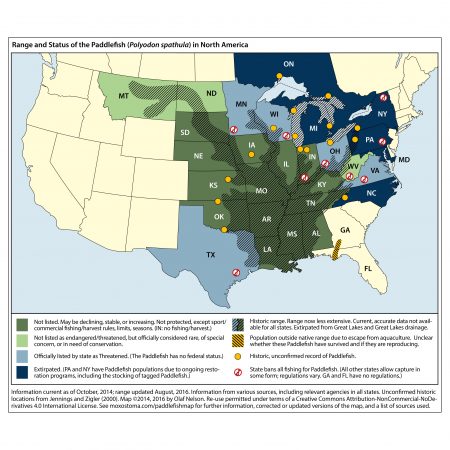 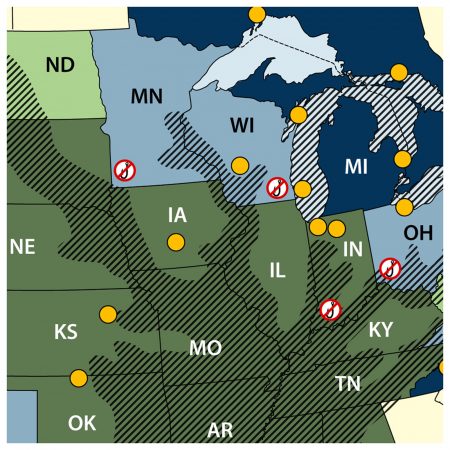 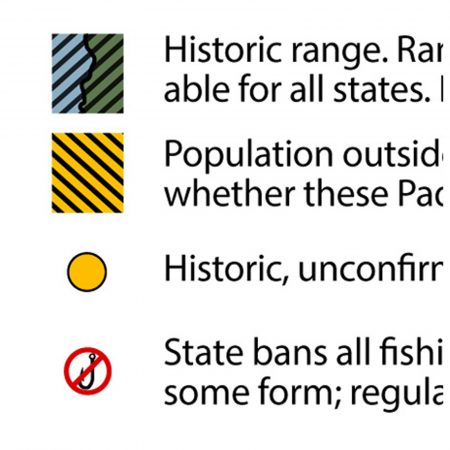 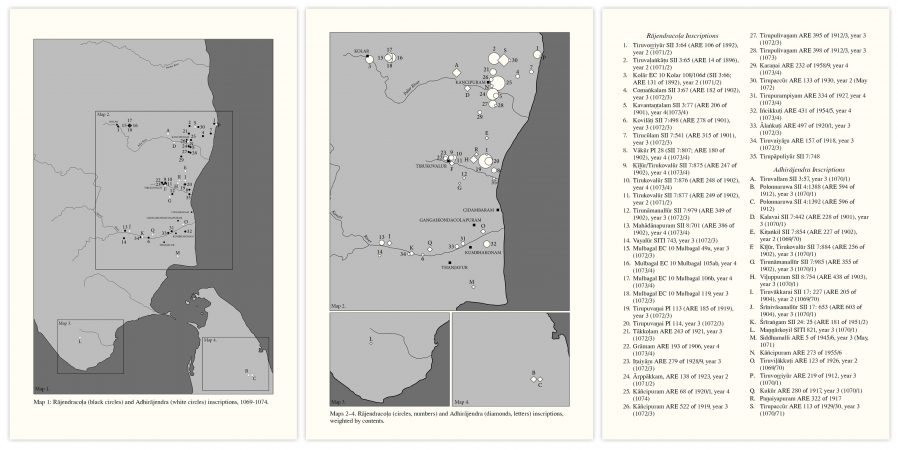 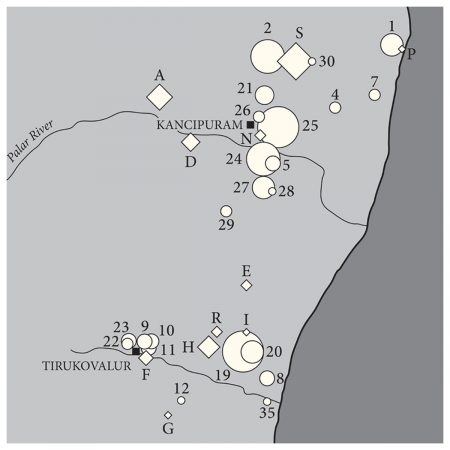 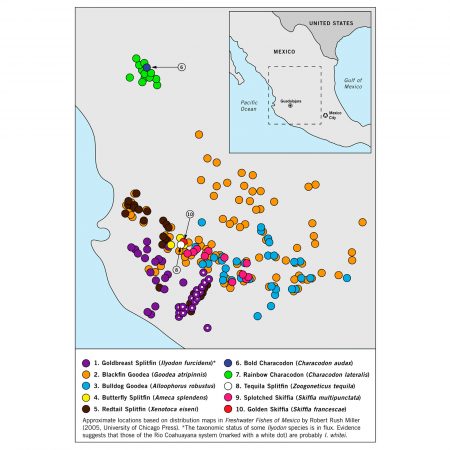 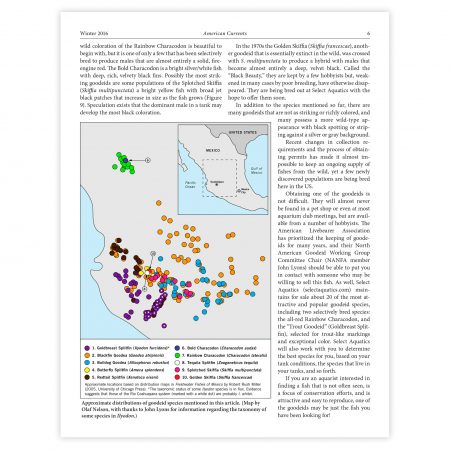 I routinely create maps for journals and books. Sometimes I base the maps on maps supplied by authors, and sometimes I do the research and draw them from scratch.

Creating the paddlefish map (for an article in American Currents) required a great deal of research to determine the historical and current range of the species, as well as to find the regulations and protections in place in all the states and provinces in its range. I have updated the map since its first publication, as information has changed or new information become available. See http://moxostoma.com/paddlefishmap/.

The map of the Mexican ranges of various species of Goodeids (a group of fish species) was also created for American Currents (a journal of which I am an editor), based on numerous maps of individual species’ ranges.

The map of Eurasia was created for a scholarly organization dedicated to the study of Persian poet Jami. It shows both his pilgrimage route and when various types of writings about him and his work appeared in various locations. (Publication in progress.)

The two black and white maps of India (with one page legend) are for a scholarly monograph on India. Each map has to show multiple types of information simultaneously, as can be seen in the close-ups. (Publication in progress.)